300+ Transition Words: Examples and How To Use Them

What Are Transition Words?

The Purpose of Transition Words

Transition words can explain a lot about sentences and paragraphs. While some people choose not to use them, transitional words can serve the following purposes. 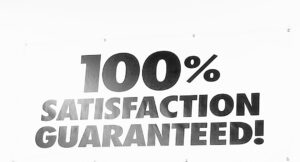 Exploring Transition Words with an Example

To prove how transitions connect sentences and paragraphs, we will explore one example and offer an analysis of the same. Read the following two sentences:

John banged the door as they exited the house. As a result, the window panes shattered all over the place.

When you read the two sentences above, you will find two crucial things:

If a reader focuses on the second sentence, he or she will know that the window panes shattered due to the action that occurred in the first sentence. Do you get the point? Transitions are crucial because they connect sentences, show the relationship between events or ideas, and reveal an idea in a manner that the reader does not struggle to comprehend. If the sentence had started with just “as a result,” the reader would not have known the cause of the window panes shattering. Therefore, transitional words are useful in showing how ideas flow in a sentence and explaining an idea in the previous one.

Let’s see one more example of using transitions but in a paragraph scenario.

Text A: A paragraph without transitions

Text B: A paragraph without transitions

In the above sentences, the reader is likely to find the second paragraph to be more flowing and captivating to read than the first. In the first text, the writer does not give a sequential narrative of the events. Even the last sentence does not end with any emphasis. By using “Therefore,” the writer in the second paragraph is not only emphasizing his idea but also showing the significance of the topic. Therefore, use transitions in your sentences and paragraphs if you want your readers to enjoy reading your piece of writing. 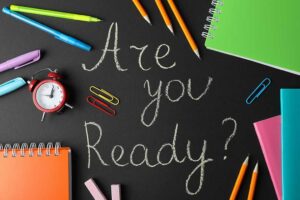 Before delving more into the topic, we will highlight a short list of transition words and explain where to use them. Later in the article, we will explain the importance of using transitional words. Also, we will classify the transitions as per their usage so that you, the reader, can comprehend the subject. You will find that your writing improves, and your reader likes what you write because your sentences will be logical, and to the point, and each phrase has a meaning. It is important to note that one paragraph can have several transitions as long as the phrases make a sentence to the reader. The following now is a short list of transition words and their application.

The above is not an exhaustive list of transition words. We will keep expounding more as we continue with this article. The important thing to note about this topic of transition words is the proper usage of all transitions. Remember that you do not have to use just any transition at the beginning of your sentence. Some ideas can stand on their own, and using connecting words in such settings tends to confuse the reader.

The main types of transition words are sequential, adversative, additive, and cause, but we have several other categories. To ensure you benefit from this article and use the information we offer you in your writing, we will provide an expansive list of transition words and where they are used.

Some of the common transition words used to show the similarity of something include: by the same token, in the same way, likewise, in the same vein, and similarly. An example in two sentences would be this:

In the two sentences, we can tell that both Loise and Jeremy did something similar.

The transitions for summarizing a paragraph include: In essence, Finally, In short, In conclusion, and To sum up. Let’s see an example:

In conclusion, nuclear energy is beneficial because it is affordable, but its risks remain unresolved.

By looking at the start of the sentence, we can tell that the paragraph offers the final analysis of an entire paper.

Transition words that add ideas in paragraphs and sentences are many. They include additionally, in addition, furthermore, moreover, and equally important. Each transitional word should be used once in a sentence to ensure clear writing. Let us see one wrong use of transitional words.

Additionally, Danny went to the market in addition to cooking.

The sentence is redundant, and the second transitional word is not necessary. The correct sentence would be:

In addition to cooking, Danny went to the market.

Connecting words do not have to fill every sentence since they interfere with clear writing.

Luke acted angrily and hit Martin. As a result, the police charged him with assault.

In this example, we can see that the police would not have arrested Luke if he had not attacked Martin. Therefore, the action of attacking Martin led to the arrest of Luke. That is how a transitional word should be used. It must be used for connecting sentences and explaining how ideas relate.

The teacher handed out the exam sheets. Subsequently, the students started their exams.

In this example, the teacher’s decision to hand out the exam sheets caused students to sit down and start working on their exams. Again, you can see that the sentences would be confusing without the transitional phrases. Therefore, use transitions to show a causal transition between ideas or sentences. 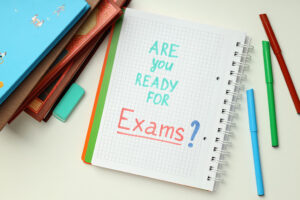 Transitions can also be used to show the numbering of events or ideas. Writers use these words to show either the chronological order or simply to reveal the number of reasons in their writing. The main examples of enumerative transitions include firstly, second, thirdly, and fourthly. In some cases, lastly is also used in this category. Let’s use one paragraph to illustrate the transitions.

Jessica achieved four goals that surprised everyone in the office. Firstly, she surpassed her target while everyone struggled. Secondly, she bought a nice car from her savings. Thirdly, she bought a new house in Paris. Fourthly, she got promoted to the manager’s position.

In this paragraph, the writer is showing the number of achievements Jessica made without necessarily arranging them in a particular way. We do not know if she bought the car before being promoted since the writer’s emphasis is not on the chronology but on the list of the goals achieved.

Why Are Transition Words Important?

By now, you may have deduced the meaning and significance of transitional words. Imagine writing a piece of academic paper that has no transition words and phrases! Your work would be too hard for the reader. English transition words are crucial for several reasons. 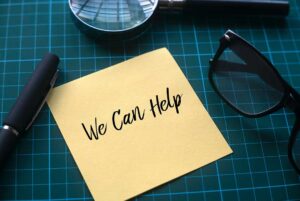 College students may try to write an essay using transition words to fascinate the readers but fail to do so. Understanding the common mistakes that learners make while using transitions can help you avoid them and maintain clear writing in your paper.

John also went to the swimming pool and cleaned.

We conducted a study on the level of customer satisfaction at Amazon. As a result, the score was 56%.

What’s wrong with the sentences? First, the transition phrase “as a result” implies that the 56% score was due to the study. That is not the case. The satisfaction level had nothing to do with the outcome. The phrase does not fit the specific functions it is meant for in writing. The best way to write would be as follows:

We conducted a study on the level of customer satisfaction at Amazon. In the subsequent findings, the score was 56%. 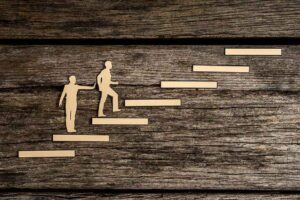 How to Improve Your Use of Transition Words?

It is one thing to know the words and phrases that we are calling transition words, but it is another to know how to use them. Your understanding of how a transition word works will go a long way to help you convey your idea to your readers. To improve your use of transition words, focus on the following.

Text 1: Jennie went to England last year. On top of that, she went to Brussels.

In the second text, the writer uses a short phrase to say the same thing said in the first sentences. While there is nothing really wrong with the first sentence of the first text, it comes out as redundant since the phrase ‘on top of that can be replaced by the short phrase ‘additionally.’ Therefore, always use single words where applicable. 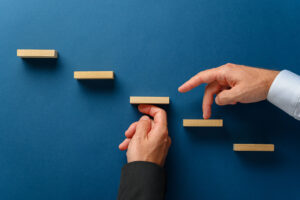 When and How to Use Transition Words?

For the most part of this article, we have repeatedly explained that transition words are short phrases or single words that connect two clauses. Once you grasp this, you should know where to use the short phrases appropriately. Generally speaking, a transition will help you transit your ideas. So, when and how should you use the transition words?

Bernard started off by taking a shower at 05:00. Then he ate breakfast before brushing his

In the given example, the transitions of “started off”, “then,” and “before” offer a sequential transition of how the events unfolded. A reader will find it easy to understand the text.

Without transitions: Jared went swimming and the weather was bad.

With a transition word: Jared went swimming despite the weather being bad.

In the sentences, a reader seeing the first text will not see why it was a big deal for Jared to go swimming because there is no emphasis. In contrast, the second sentence shows some emphasis.

Feminism began as an insignificant concept in America and Europe. Before long, women were all over the place fighting for their rights. Over time, the movement grew into a one-world activist group.

In these sentences, the reader will visualize the expansion of the feminism idea from a small group to a movement.